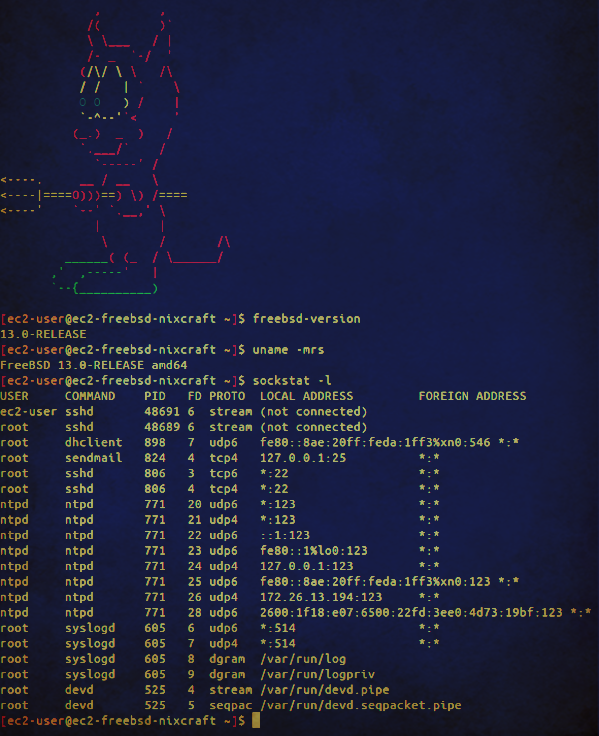 T he FreeBSD project released FreeBSD version 13. The new version comes with updated software and features for a wild variety of architectures. The latest release provides performance improvements and better support for FreeBSD. One can benefit greatly using an upgraded version of FreeBSD. Let us see what’s new and quickly update FreeBSD 12 to 13 using the CLI. 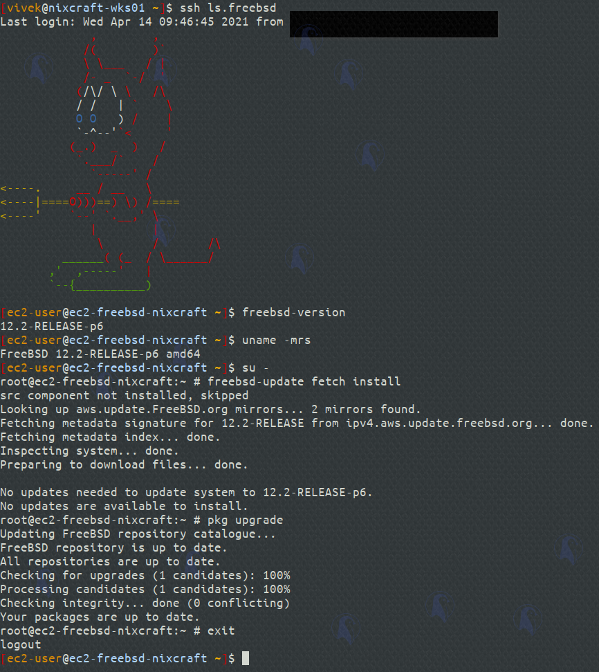 I already had all updates applied using Ansible, but you may see the update and might need to reboot your FreeBSD system if the kernel patch is installed. See FreeBSD Applying Security Updates Using pkg/freebsd-update for more info.

WARNING: Make sure you backup all important data, config files, and database tables/DBS. The nixCraft is not responsible for any data loss, and upgrading FreeBSD should only be attempted after backing up all data.

Upgrading from previous releases of FreeBSD 12.2 to 13.0 using binary method 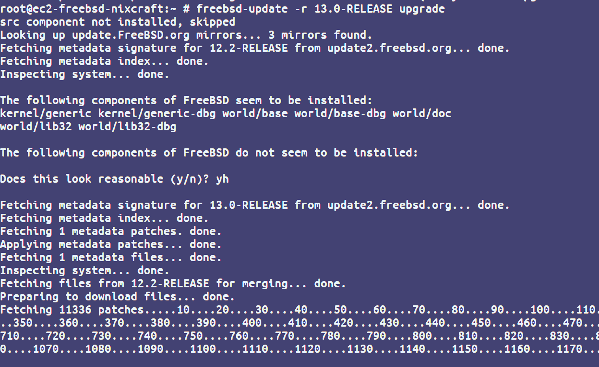 ﻿Now that updates are downloaded, merged in a directory, it is time to commit changes to the disk. In other words, type the following command on your FreeBSD box to apply 12 to 13 updates:
# freebsd-update install
Here is what I saw:

Updating all apps and packages

Now the base FreeBSD system is fully patched and updated. It is time to update all binary packages too due to ABI changes. We simply run the following pkg command:
# pkg-static install -f pkg
# pkg bootstrap -f
# pkg update
# pkg upgrade
Now I installed all 3rd party apps such as Python, Nginx, and so on. We need to run the following command one more time for removing old shared object files. Hence, make sure one more last time you run the following command and you are done with updating FreeBSD from 12 to 13 using the CLI:
# freebsd-update install
Outputs:

Upgrade may leave some orphan binary packages, and we can get rid of them too using the pkg command:
# pkg autoremove

How to upgrade FreeBSD jail from 12 to 13

We can upgrade jail too. The concept is the same, but you need to tell the current version as follows. Get jail name and base dir:
# jls
My jail:

A note about upgrading ZFS storage pools version on FreeBSD

When we run the zpool status command we will see the message as follows:

FreeBSD 13 continues to lead as a robust BSD family of the operating system for end-users. It still maintains classic Unix features while giving out cutting-edge features such as Jails, Bhyve, powerful networking stack, firewalls, and more. I would strongly suggest that you head ahead to the FreeBSD download page and read the release note too.