There are several reasons you might want to install a reverse proxy. One of the main reasons is privacy.

This guide will help you install and configure an Nginx reverse proxy on your system.

Setting Up an Nginx Reverse Proxy

Open a terminal window and enter the following:

Allow the package manager to finish refreshing the software lists, then enter the following:

Allow the process to complete.

Note: This is the easiest way to install Nginx on CentOS or Ubuntu, but it may not load the latest stable release. Move on to Step 2 to add and install from the Nginx software repositories.

In a terminal window, enter the following:

This downloads the signing key for Nginx, which verifies that you’re downloading authentic software.

In the terminal, enter the following: 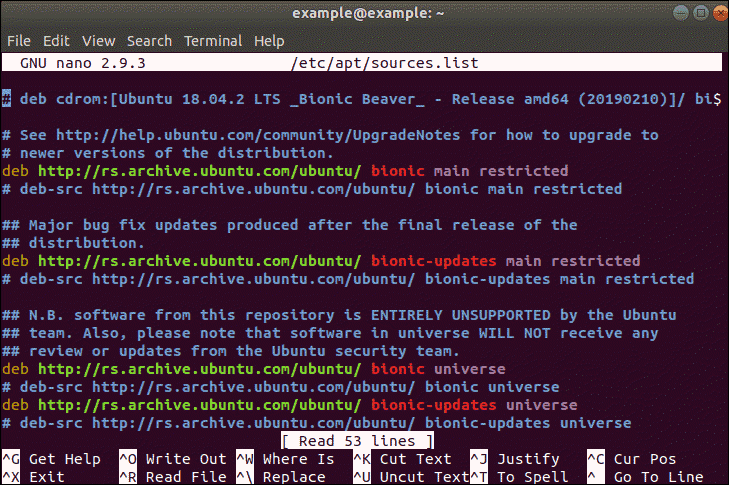 Enter the following lines in the /etc/apt/sources.list file you just opened:

Replace CODENAME with the codename for your distribution of Debian.

Save the file and exit. 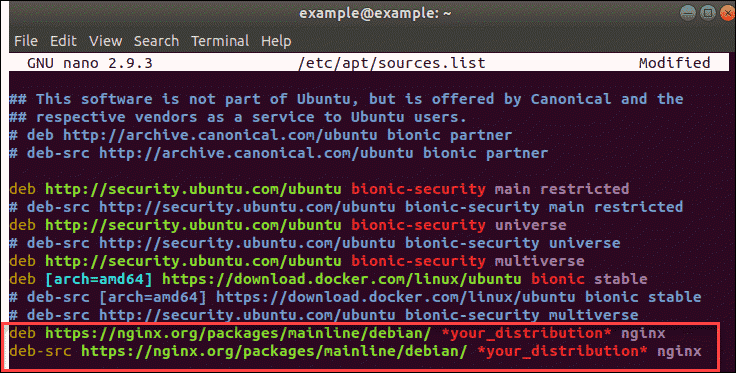 Note: Nginx developers maintain different directories for different Linux distributions. This guide suggests installing the mainline supported release. As with most software, there are more recent but untested packages. See the documentation for the specific package for your distribution.

To install the latest release of Nginx, use the commands:

Step 3: Start Nginx and Configure to Launch on Reboot

To check Nginx is running:

The output should show you the service is active (running), as in the image below: 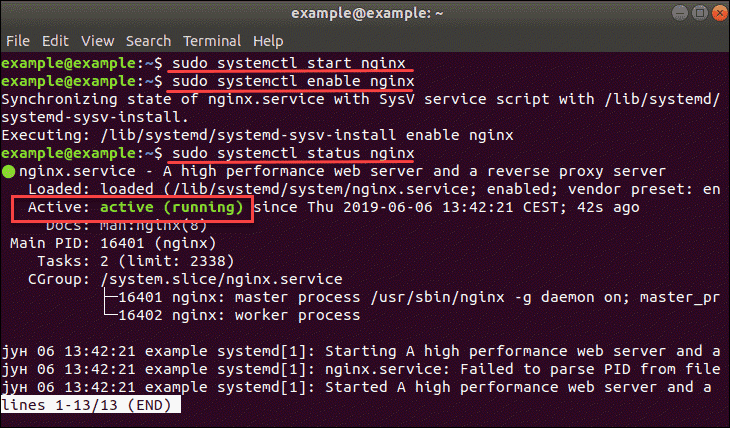 In the terminal, enter the following:

Replace custom_server with a name that’s meaningful to you. In the new file, enter:

As usual, replace custom_server with the name of the configuration file you created in Step 5.

By default, Nginx buffers traffic for servers that it proxies for. Buffers improve server performance as a server response isn’t sent until the client finishes sending a complete response.

To turn the buffer off, open the configuration file from Step 5. Under the location/section, add the following:

Headers provide the server information about the requests made, or about the client.

If any header strings are empty, Nginx simply eliminates those fields.

To change the way Nginx handles heathers, use the following commands in your configuration file:

This example tells Nginx to set host to the $host variable.

To prevent a header field from being passed to the proxied server, use an empty string as follows:

To create a name for a group of servers, Use the upstream command:

This designation takes two servers – my.server1.com and my.server2.com – and bundles them together. Nginx proxies that group of servers under the name http://server_group . You can rename them anything you’d like.

This example uses the weight command to route three requests to my.server1.com , then 1 request to my.server2.com . This is one option to manually balance client load between servers. Another method is to simply omit any designation, in which Nginx will round-robin the requests evenly among the listed servers.

Note: Learn more about load balancing and how it works.

Now you know how to set up an Nginx reverse proxy.

It’s an excellent tool for a multiple-server environment, creating a unified client experience. It can also be useful for simpler tasks like keeping a single server anonymous.

Additionally, you can also use our Knowledge Base to learn how to deploy NGINX reverse proxy on Docker.