What is an Arduino simulator?

An Arduino simulator is a virtual representation of a real world Arduino circuit.

For our purposes, we are just trying to create the the most simple of circuits, so we are referring to the interpretation where you just have a blinking LED circuit.

So we&#8217;ve setup the circuit, we&#8217;ve programmed the code in the Arduino IDE, we&#8217;ve uploaded it, and now we have a real world, physical circuit that blinks the LED. This took about 6 minutes to construct. 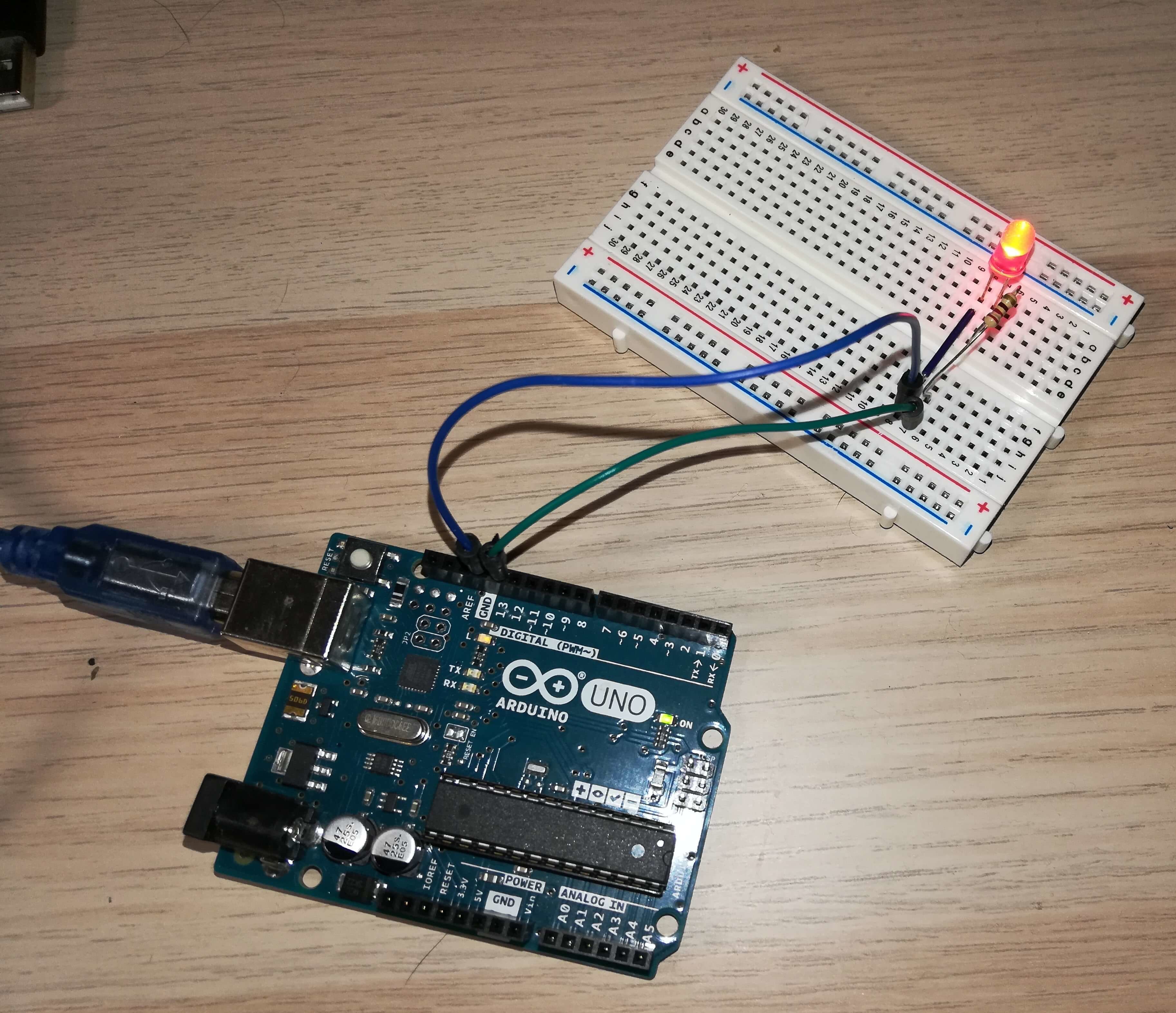 We&#8217;ll show you at the end of the video exactly how to make that demo. 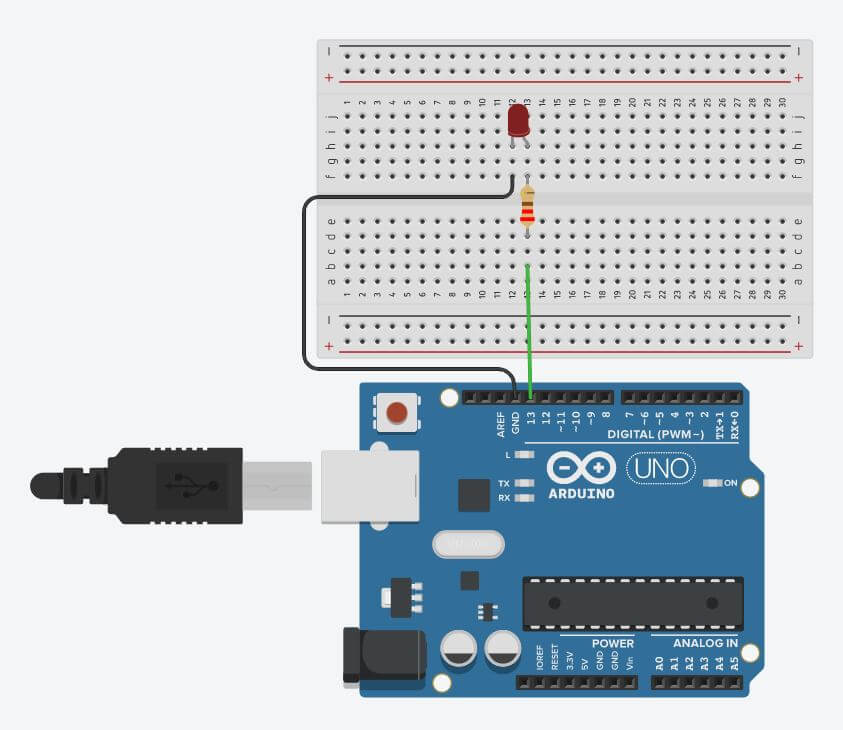 Why are simulators so cool?

You&#8217;ve already seen how it can be much quicker to build stuff online so we won&#8217;t belabor that point. Here are some other reasons why simulators rock:

How do you use a simulator?

Next we&#8217;ll show you exactly how to build the blinking LED circuit from previously. First go to TinkerCAD and setup an account if you don&#8217;t already have one. After that you&#8217;ll find yourself in the dashboard, this is where we can view previous designs or choose to create a new one. 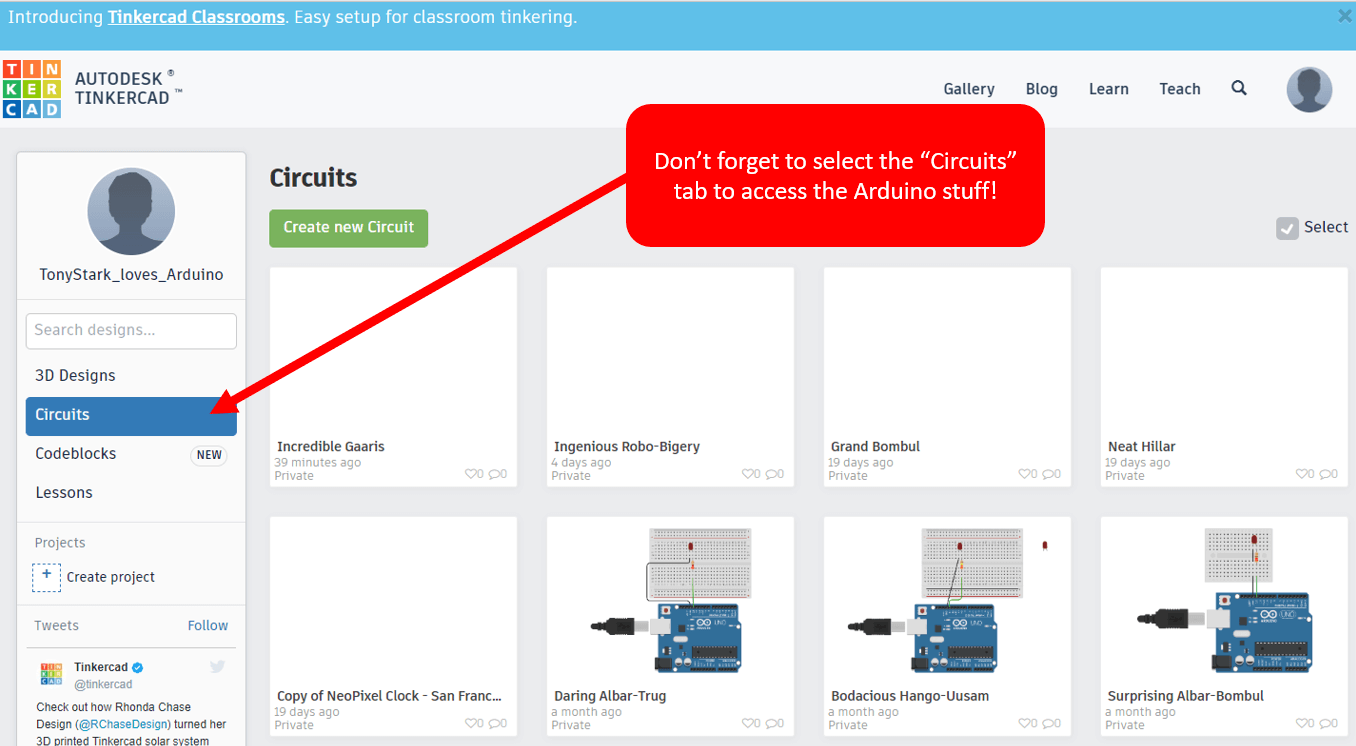 One thing to note: you can select Components Starters Arduino and here you can access a bunch of premade circuits which are called assemblies. You can click and drop the &#8220;Blink&#8221; assembly, which will provide all the necessary components, as well as the code to make the circuit run. 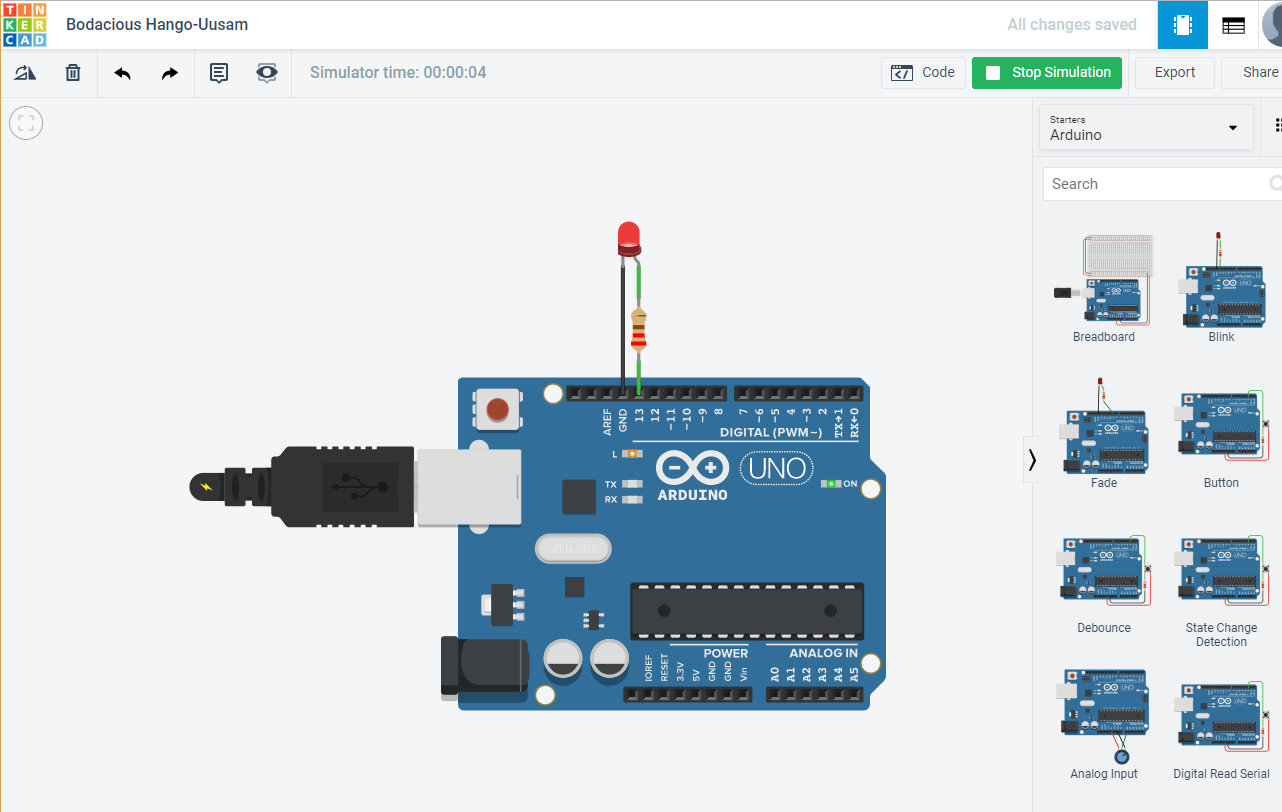 If you click &#8220;Start Simulation&#8221; you will see this circuit functions as advertised. So let&#8217;s create it from scratch instead. The first thing we will want to do is make sure we have components placed in our project. Type in &#8220;Arduino&#8221; in the components side menu and then click and drop the UNO3.

PRO-TIP 1: To pan the view around, just click and hold anywhere in the workspace to move it around.

Next, let&#8217;s drop a breadboard. After that, we&#8217;ll drop an LED. Find it in the components list, then carefully drop it onto the breadboard. You can see where the cathode or anode connects to specific pins on the board.

Another cool thing is you can click on the various components to change their characteristics. You can change the colors of LEDs, the resistance value of resistors, and the color of the wires, to name a few.

Lastly we will wire it up. You do not find wires in the component list, you simply click on either the breadboard or the Arduino pins with the left mouse button and a wire begins. 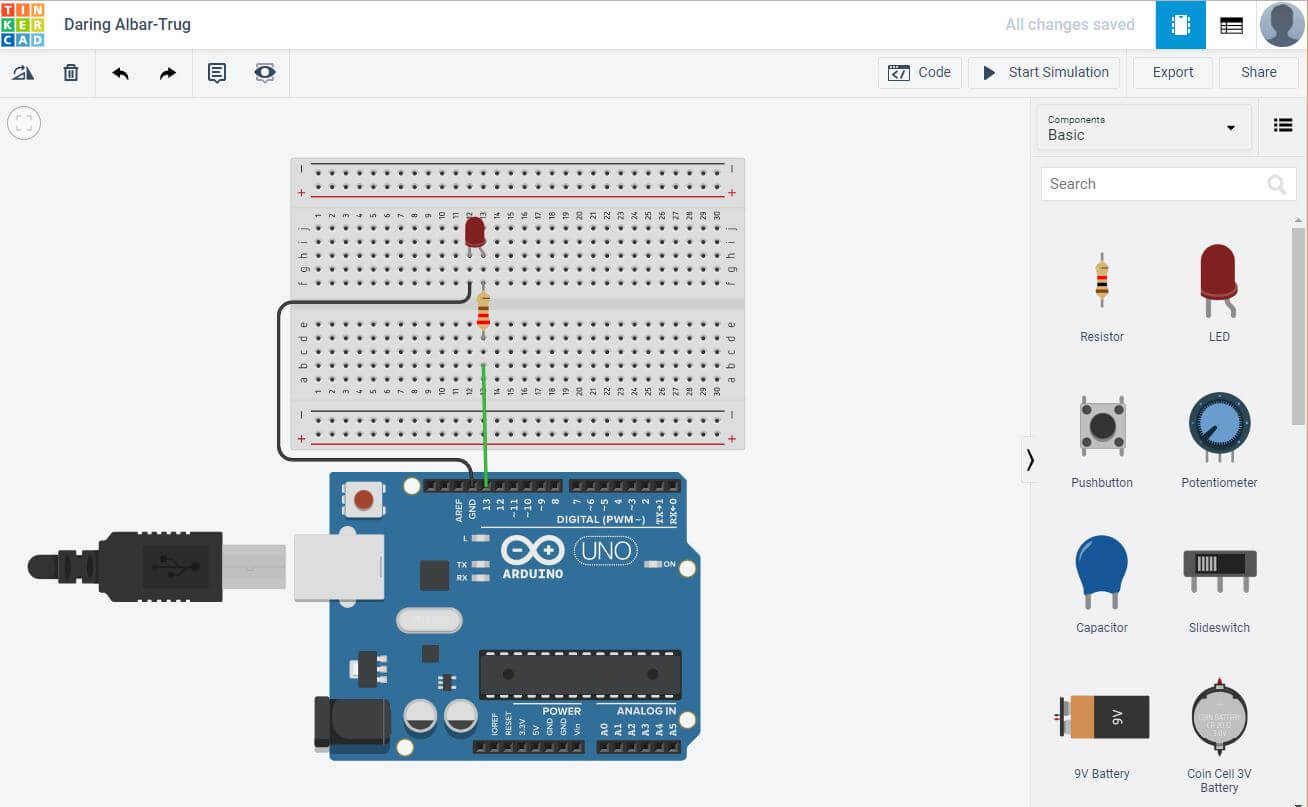 The purpose of this lesson is not to teach the code but rather show you the simulator, so let&#8217;s click the &#8220;Start Simulation&#8221; button and there you have it, a functioning blinking LED circuit.

PRO-TIP 3: Sometimes you&#8217;ll start the simulation, and then get distracted by something, and then try to edit either the code or the hardware. If the simulator is still running, you will not be able to edit anything, and sometimes the only indicator that the sketch is still running is the green box that says &#8220;Stop Simulation&#8221;. If you can&#8217;t seem to edit anything, make sure your simulation is not running.

Other aspects of TinkerCAD

So that&#8217;s how you build a very basic blinking LED circuit in TinkerCAD. There are lots of other really cool things about Tinkercad which we&#8217;ll explore now.

Go to your main dashboard by clicking the TinkerCAD logo at the top left of the screen, then click the &#8220;Learn&#8221; tab at the top right of the screen. Next click the drop down button (which defaults to 3D) and select &#8220;Circuits&#8221;. Here you can select various start guides and lessons.

If you select &#8220;Projects&#8221;, then &#8220;Show all Arduino&#8221;, you can see various projects at the bottom with the green backgrounds. All of these projects correspond to the starter projects that are included in the the official Arduino.CC starter kit, which is super helpful if you have that kit and want to follow along. 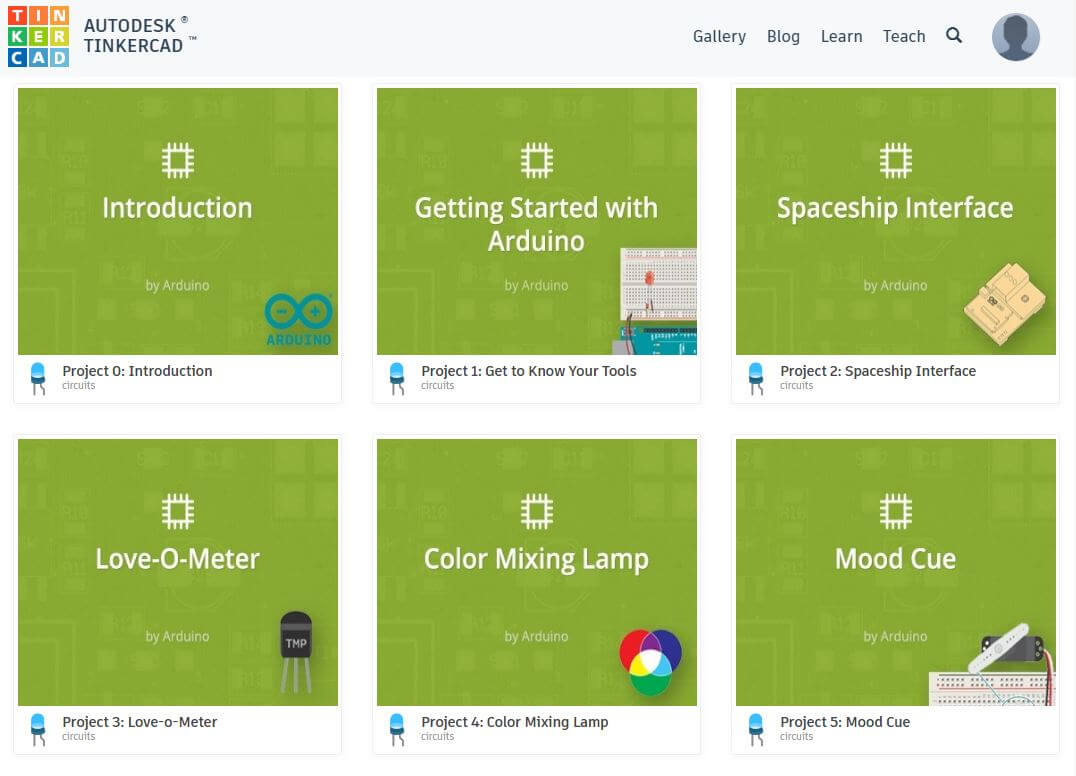 You can also search for specific projects which is useful if you&#8217;re struggling with a particular project and you&#8217;re wondering if someone else has already created it.

Once you find a project you like you can click on it, then click &#8220;Copy and Tinker&#8221;, and you are now able to explore and edit the users project. You can leave a comment, check out their code, and make any modifications that you desire. 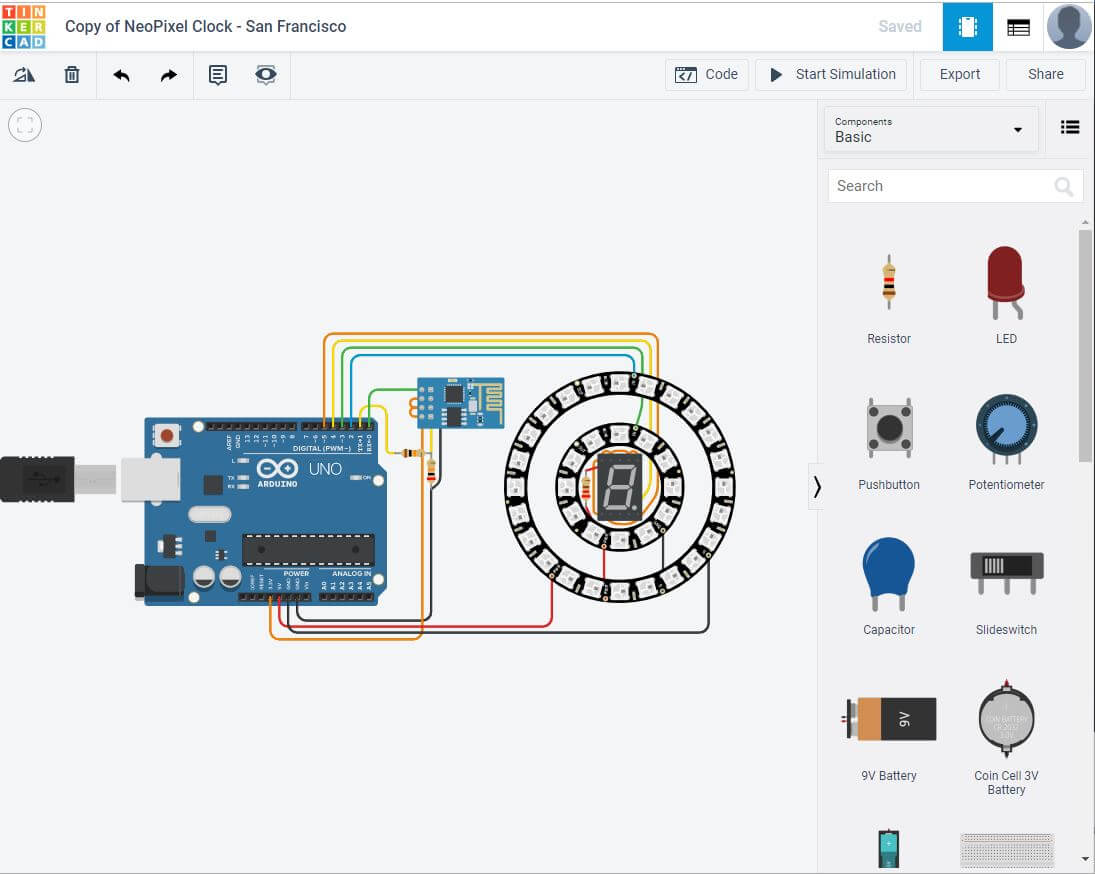 You can see how there&#8217;s tons of really useful stuff on Tinkercad. It&#8217;s not only a great place to design circuits, but also a great place to learn from the community and get inspiration.

How do you use the simulator? Do you like creating projects virtually first, do you like to dive right into the physical world? Let us know in the comments below, we&#8217;d really appreciate it. Have a great day!